In Rock n Roll folklore there is a story of how the band Bon Jovi was practicing in a studio before they became big. In that same studio at one time, Bruce Springsteen, over heard them and his advise to them was more or less to keep their day job. Well as fate of irony or a lesson of success is the best payback would note, Bon Jovi went on to rival the Boss' success in the mid to late 1980's and they are still going strong today. Take that!
For another less known Payback With Success story in music is the tale of the great music producer and drummer of one of the most successful bands of the 1990's, Butch Vig.
Vig's musical journey began at the University of Wisconsin, in the late 70's, where he met other band members of which would make up the super group Garbage. Vig joined a medley of garage bands at that time through the early eighties. In 1984, he and Steve Marker (the guitarist and keyboardist from Garbage) founded Smart Studios in Madison, Wisconsin.
At the turn to the early nineties, Vig produced what will go down as the landmark album that launched the grunge revolution. With Nirvana's Nevermind, Vig became a solidified, prominent producer. He produced other alternative mainstays like Gish and Siamese Dream for the Smashing Pumpkins.
Later, with Marker and Duke Erikson, Vig formed an all male band, for which he sang vocals. But in the same Boss Dis To Bon Jovi kind of way, someone who heard them play commented that their music "sounds like garbage". And, thus, the name of the band was discovered.
In another ironic dis kind of twist, the woman who would eventually front his band and help Garbage become a mainstay band of the 90's did not know who Vig was when the band decided to find a female vocal in 1994. Band members took an interested in Shirley Manson when they saw her singing for Angelfish's "Suffocate Me" on Mtv's 120 Minutes. The bands manager tracked down Manson from the request of Vig. She was then told to check the credits of Nirvana's Nevermind.
Manson eventually met the band members and the rest is rubbish history. 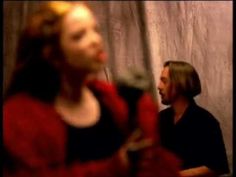 Posted by Unknown at 1:00 PM No comments:

Here is the link to our first short movie, taking place in the early nineties and made with a zero budget. https://youtu.be/1a3nDLDqjlk
Posted by Unknown at 1:35 PM No comments: