Eric Dickerson was actually an LA Raider in 1992 when he was traded to them from the Indianapolis Colts. He spent one season there before being traded to the Atlanta Falcons. 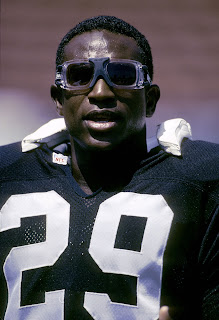 #LARAMS
Posted by Unknown at 6:50 PM No comments:

CAM NEWTON SHOULD NOT BE YOUR ROLE MODEL

Many have criticized Cam Newton for the manner in which he addressed the media after the Carolina Panthers lost the Superbowl this Sunday. Newton came off as a sore loser because he didn't hold himself in a gracious manner while answering questions to reporters and he walked off the podium abruptly in what seemed like a distressed mood. The quarterback further confounded things two days later when he told reporters that he is not apologetic for his behavior after the game and that he is reluctant with the fact that he is a sore loser because who ever is not a sore loser is just merely a loser. This especially rubbed some people the wrong way because Cam Newton was very celebratory during the year when he scored touchdowns and his team did well (this happened a lot as there were many things to celebrate when the team boasted a 17-1 record before Sunday's loss). They pointed that Newton called attention to himself when he scored touchdowns by doing his Superman pose and "dabbing" and taking selfies with team mates on the sidelines. But, when things took a sour turn, he was not willing to handle himself the "right way", and further, was not willing to apologize. Well, I have one thing to say to that.... so what!

Personally, I enjoyed the Superbowl. I am not a Denver Broncos fan nor a Carolina Panther hater. But, I enjoyed that a simple life lesson, in that humble pie can taste bitter, was presented on a sports stage when the great Denver defense pretty much shut down Cam Newton. I also enjoyed the fact that on old timer like Peyton Manning can have one last great victory over a new star in league while he is on the brink of his own football mortality. But that is it! It is a just some simple personal life lessons, simple personal values and preferences played over a game from athletes whom I never met and who should not be influencing my life. I do not know Cam Newton or Peyton Manning or, anyone for than matter, who was playing last Sunday. Thus, other than story lines given to a sports fan such as myself, this is a little sort of fairy tale that is engaged in my head and is what I make of this four hour span of entertainment. But, the press and basically America has concentrated so much focus and energy on this Cam Newton issue. So much, that one should think that we are wasting time, brain cells, and, most importantly, life on this matter.

Cam Newton celebrates too much when scoring touchdowns and he calls attention to himself excessively when things are going good. He then does not take defeat graciously and acts like a sore loser . Ok, and? Why is this almost as important as the second coming of Christ? Cam Newton is not a criminal. He is, who he is and that is fine. But, some may say, he is the face of the Carolina Panthers and soon to be the face of the NFL. Again, I say this with more clout... SO WHAT? The Panthers are a football team and the NFL is a football league. More or less, professional athletes are entertainers. Why do we have to hold them to such a morality measuring stick and a professionalism measuring stick that is off the charts? If Cam Newton and other athletes do good things for the community, that is great. But as sports figures why should the media want them to be portrayed as pristine individuals who everyone should emulate? Once again, athletes are entertainers. Though, they indirectly may influence people, their decisions are not direct life affecting decisions for the community. The decisions of law makers, teachers, and doctors, to name a few, are. Ok, but others would contend that athletes are a great influence to kids and that they become role models to them. And now as I am fuming, I have to remind everyone that parents should be role models to their children and parents should teach their children that athletes and celebrates take a center stage for the world to watch and are not role models. Again, I stress the sentiments of Charles Barkley in 1993 when he said " I am an athlete, I am not a role model"! Please media and world take note again after 23 years. 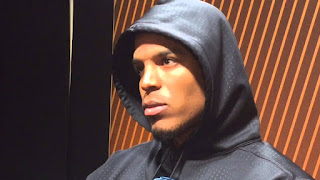 Posted by Unknown at 5:48 PM No comments:

This year Mattel is introducing Barbie dolls with multiple physiques. This is to improve self image persona for young girls. But still the best selling Barbie doll of all time is the "Totally Hair Barbie" which was introduced in 1992. The doll which features early nineties styled hair all the down to her toes has sold a total of 10 million units. 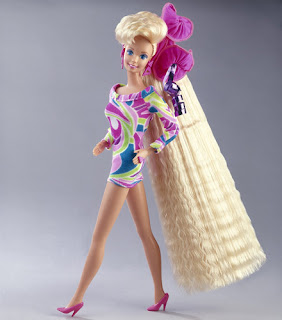 #BARBIE
Posted by Unknown at 9:19 AM No comments: