THE PAST WILL BECOME SO VAGUE TO THE FUTURE

Remakes of old movies are the rave this summer. Now that raises the question of what will be the rave of future summers. In other words, what will be remade or retro in the future? The answer to this is complex. So much that one may ask  if our current obsession with the past will still exist? What, you may ask am I talking about here? Well, let me explain. In the past we did not have limitless television stations. The sentiment was evident as early as 1992 when Bruce Springsteen released the song "57 Channels and Nothing On". Whether his song was about really having so many channels and choices that there is a lack of any with particular value or that the channels represent the many materialistic luxuries that our society is so focused on that we become shallow and our lives empty remains. But if we go with the first notion, then we can relate here to what the Boss is trying to say. What is happening is that America, and the world for that matter, has lost its collectivity.
In the Seventies, CBS ruled Saturday nights with its schedule line up of "All In The Family", "The Mary Tyler Moore Show", "The Bob Newhart Show", and "The Carol Burnett Show". There was no Tivo, Hulu, or even VCRs then. If you wanted to see these shows, you had to tune in at the same time (on each time zone, of coarse). But that is lost now. Now with the avalanche of a million channel stations and numerous internet TV outlets, viewership is no longer a collective cultural experience.
In another example, people remember where they were when they saw the last episode of the television series MASH. In 1983, that episode drew close to 106 million viewers and remained the most widely watched broadcast in US history until 2010 when it was surpassed by the Superbowl. Now, besides mega sports events, there is rarely a collective experience so big. In a way, the mass diversity of choices has also segmented the family to a degree. In the past, usually a family would have a single television set or watch a popular show on one main television set. That, in a way, brought the family unit together and provided a shared experience for everyone. That still exists today, but certainly not the the same level.
So, in many ways, the fact that the options were limited, the shared experiences and commonality was numerous. It even happened with other facets of pop culture. For instance, in the early Eighties, the video game Pacman was so popular that it transcended age and racial differences. Even if your grandfather did not play it, he sure knew about it. Pacman was iconic and a shared cultural phenomenon. What video games are now doing that?
Fad and trends in pop culture have shaped our cultural collectivity in the past. Now, that can change as fads and trends become so many, so diverse, and so fragmented. But there is another shared collectivity in the United States right now. And that is a shared collective struggle in finance and economics. Yes, this long American downward spiral has created struggle as a common fact to many. Your family doctor, your kid's teacher, and your plumber all share it together. Thus, if common pop cultural phenomenons won't have enough juice to bind us together, our mutual struggle for money will. It is becoming common to most. 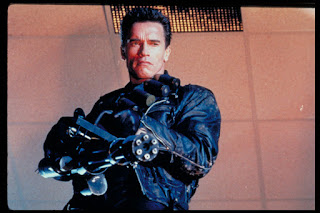