THE OXYMORON OF REALITY TV

In soon time, Caitlyn Jenner is going to have a reality show called "I Am Cait". The show is primed to be  a series documentary that follows her life as a transgender. For the future viewers that watch the show and, especially,  for those having a gender identity crisis and are seeking inspiration from the show, I have one thing to say, BEWARE! Why? What we term now as "reality TV" began in the early nineties with the MTV show, The Real World. Here MTV took random young people and put them in a house and taped them while documenting the issues they were  facing in their lives. The show was a novelty for that time but found success and the performers on the show were paid dirt cheap. TV found a new formula. The rest of the Nineties saw a plethora of new reality shows as this became America's new obsession. But this overdone motif remained throughout the early millennium all the way to the present. Now everyone and their mothers have a reality show and mega celebrities like the Kardashians have reached Trump status by just having their lives recorded.

The problem here lies in the old adage that viewers influence whats in the media but also, vice versa, that the media influences the viewers. This is what's at play here. The reason is that because very little about reality is actually reality. The stories are all scripted as are the roles of the characters. And some people buy into this false reality. At least in the past, entertainment influenced people without the false pretense of being real. Sitcoms were just that, sitcoms.

The issue of gender benders in the media is not a new phenomenon either. There have been many gender benders in the history of our pop culture. Some names that come to mind are David Bowie and the early rise of glam rock in the Seventies, Boy George of Culture Club in the Eighties, and Rupaul, a cross dresser who made a name for himself, along with music videos and a his own show, in the early nineties. In those times, these androgynous celebrities were taken as just that, celebrities. The general population did not focus on their personal struggles. The stars, themselves, profited from their external flamboyance without trying to dive into their own histories and reasons of why they were uncomfortable in the bodies they were born into.

All that is in the past now. With Caitlyn Jenner, we have an influencing celebrity who is actually now a transgender. But, the reality of his sex change and the influence it has over others who are thinking about a sex change is going to be portrayed in an arena of false reality. The dangers of this is that people can be fooled into thinking that surgery can solve all their problems. Many psychologists and psychiatrists agree. If Caitlyn Jenner wants to help others who have gender identity issues, maybe she should use other forums than reality TV. Maybe she can hold public workshops and group meetings, but, of coarse, these would be less profitable than a reality series. Because after all, the only thing real about reality TV is that it's on TV. 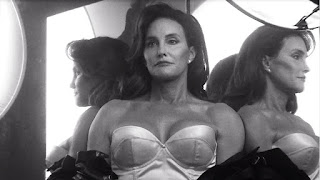