WHAT DO TOM BRADY AND JOHN BOBBIT'S BALLS HAVE IN COMMON? 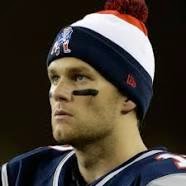 The answer is simple and easy to understand. But it needs a little history lesson of some, oh, 21 or 22 years ago. You see, in the early nineties, the country had already had  its taste of sensationalized stories. For instance, in the late eighties, there was the whole Tammy Faye Baker affair and who can  forget the Gary Hart national non-news worthy incidents. Now well into the 1990's, sensationalized tabloid news that became headline national news was now the norm (please see the OJ Simpson murder case). And no story was bigger at the time than John Bobbit's tale about how his wife cut off his penis with a butcher knife and drove and threw it out onto a field. What tabloid newspapers could only dream of telling was reality and became national headline news. The abusive relationship between John Bobbit and his wife Lorena took a backseat to the bazaar, yet comical, lead story. Who had time or enough attention span to care about relevant foreign matters at the time, like our nation's involvement in Somolia or the genocide that was taking place in Rwanda. This was more funny and jaw dropping. A president having sexcapades in the White House is much more interesting than his economic long term plan. 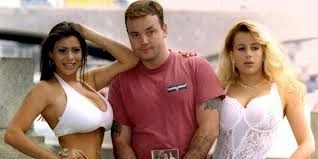 Now we do a little, but definitely not complete, list of shock events that made national news since then: The Tonya Harding/Nancy Kerrigan ice skating fiasco, the Marv Albert sex scandal, Janet Jackson's Superbowl wardrobe malfunction, Michael Vick killing dogs, Octomom, Tiger Wood's sex scandals, athlete's using steroids,  Lebron James leaving Cleveland for Miami, Lindsey Lohan going to jail, Donald Sterling making racist comments over a phone conversation, Bruce Jenner's sex change... to name a few.
And now we have come to this. The good looking, husband of a supermodel, four time Superbowl championship winning, football player and every American man's version of having a dream life is going under fire (or under air, pun intended) because he knew that some footballs were deflated by a few psi during last years AFC championship game. This has became center story not just in the world of sports but in the news of the nation. CNN' s Bradley Cooper spent over an hour on this topic on his news show last night. So what is all to make of this and how will this change your life or your neighbor's life. It will because it keeps you occupied. The father of Communism,  Karl Marx,  once referred to religion as the "Opiate of the Masses" in a paper published in 1844. At that time, he contended that religion is a made up phenomenon that was created to keep class divisions that existed stable and to provide a solace for the Proletariat as so they not rebel against the dominant Bourgeoisie. Well today's "religion" comes in the form of Kim Kardashian, The Shahs of Sunset, headline tabloid news, the Internet, etc. Anything not substantial enough to change your life but to take your focus off your mortgage payments, your credit report, your taxes, and the list goes on, is substantial. In this paradox, one can see that the media is providing us a form of escapism from our own real realities. The concept is certainly not new but the delivery has had some changes over time.
But there is good news for Tom Brady as their was for John Bobbit well over twenty years ago (besides the fact that doctors were able to surgically sow his penis back together). This silver lining is the fact that tabloid news, like our attention spans, gets old really quick. Tom Brady's time in center stage will quickly dissipate once the media picks another "interesting" story to barrage us with. So my advice to Tom Brady is to just sit back and take it. Soon enough, your story will be forgotten and just be another notch in the timeline in the long history of sensationalized tabloid news.