DON'T JUDGE A SEX BOOK BY ITS COVER!

This month Madonna's 13th studio album, Rebel Heart, was released. It is just a new addition to this original material girl's illustrious career. She has transcended so much iconic imagery and changed styles so many times  through the years. But, the imagery she had in the early nineties was the most controversial. At that time, Madonna was provocatively enthralled in pushing the envelopes in her sexual performances. These included in performing sexual charged acts on stage, showing explicit content in her videos (ie. Justify My Love), releasing the Sex book in 1992, and appearing on the David Letterman show with profanity and sexually charged antics to name a few. But in the opinion of this writer, this was also the time that Madonna gave us her best work (ok, her Like A Prayer and her  Ray of Light albums might have been close seconds). The decade started with her iconic megahit "Vogue". Soon "Justify My Love" and "Rescue Me" were to follow but were eehh. But what followed next was amazing. Right before the heat of the Sex book phenomena, she not only starred in but had the hit from the movie A League Of Their Own with "This Used To Be My Playground", a nice easy to listen to ode to loss and childhood memories. Soon her Erotica album featured the pop hit with the big innuendo  "Deep and Deeper" and a pop remake of "Fever". But where the album really shined were the underrated hits "Bad Girl" and "Rain". In "Bad Girl", a vulnerable Madonna sings as if with a ironic mirror twist on her own real life about a girl who resorts to provocative behavior after a heartbreak. "Rain" is a pop ballad that embellishes on the healing power of love and its comparison to rain.
Change is good and this artist turned one hundred and eighty degrees as she responded to her critics charge of being overly sexual and crossing the line. Later in 1994, she released "I'll Remember", another beautiful song about loss and remembrance. Soon she would release Bedtime Stories. With this album,  a softer Madonna released "Secret" and "Take A Bow". In another ironic twist on her one life, "Take A Bow" is about a love that she can not attain because of her man's fame. #earlynineties #earlyninetiestrends #madonna #earlyninetiesmusic 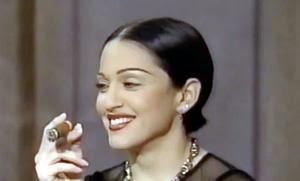