Starting in the early nineties, the show "Baywatch" became a hit. Interestingly, the show was cancelled after its first year of running in 1989. However, the show's star, David Hasselhoff, convinced producers to run the show in syndication again and it came back with a vengeance starting in 1991. The show was more known for its skinny clad lifeguard ladies wearing their red bikinis. In fact, the show starts with the famous slow motion running of the female lifeguards in its intro. Pamela Anderson, who played C.J on the show, became the show's notable star. More is to come for Pamela in this blog regarding her influence in the early nineties. 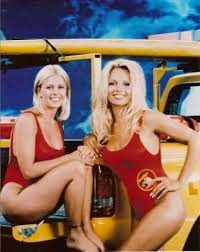