Arrested Development is a southern hip hop band that had a string of hits in the early nineties. Founded by band member, known as Speech, this band focused on singing about African self determination and pride in a movement best known as Afrocentric. The band preached love and spirituality in their music and this was in contrast to the themes of the  popular gangster rap at that time. Their first album "3 years, 5 months, and 2 days in the life of"...was critically acclaimed. 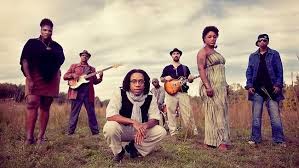