FLANEL MAKES A COME BACK

In the early nineties, flanel made a come back as a fashion statement. Initially, reveled in the 1970's, Grunge mania was now making flanel fashion the 'in thing" again. Many Grunge bands were formed outside of Seattle where tree cutters use to wear flanel due to its warmth and low price. When these bands wore their normal region fashion attire and appeared on MTV, well then it became de novo again. But just like everything, over exposure was soon to come. Soon flanel was being sported down the run ways in fashion shows and making covers of fashion magazines. 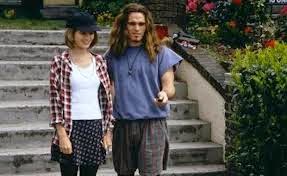