ON THIS DATE 22 YEARS AGO

Los Angeles was in the thick of the LA Riots. The culmination of 6 days of looting, arson, and civil unrest. The riots were propagated from racial tension stemming from the acquittal of the police officers who were videotaped brutally beating an African American named Rodney King on March 3, 1991. A curfew was issued and the California Army National Guard was sent to control the situation. Unfortunately, the riots caused many deaths and casualties. What was paramount, were the live scenes that were being taken place on the television and right before our eyes. Live television beating, live looting, and live arson were taking place.  Destruction and mayhem followed suite. This dark event in Los Angeles history became a major world event. 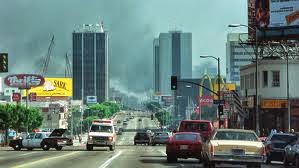 Posted by Unknown at 6:05 PM No comments: 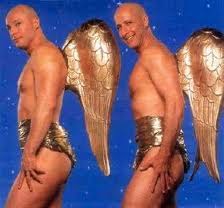 In 1992, Right Said Fred, a duo out of England, had a tongue and cheek hit called "Too Sexy" in the United States. Initially, I did not particular like the song, thinking that it was a pure pop non-sensible song. However, after learning that the duo sang the song from the point of view of nihilistic male model, my impressions changed. Now I consider it one of the top 100 songs of the 1990s. The song is reminiscent of the song #Selfie by the Chainsmokers, that is a parody out of the nihilistic behavior of young beautiful women right now. The song also has a catchy beat and a sense of humor. After expressing that he is "too sexy" for numerous things such as his cat and his car, the song ends with the line "I'm too sexy for this song".

Posted by Unknown at 4:55 PM No comments:

A CHRISTIAN PRAYER GETS ANSWER 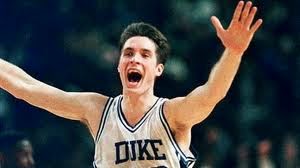 Around 22 years ago, Christian Laettner hit a last second jump shot from around the free throw line after catching a long inbound pass from past the opposing basket from Grant Hill. The basket propelled the Mike Krsysewski's Duke Blue Devils past  Rick Pitino's Kentucky Wildcats, 104-103, in the Elite 8. They would go on to win the Final Four and the National Championship in 1992. It would be back to back championships for Mike Krzyzewski's squad and the shot would be known to become one of the greatest, dramatic shots of all time.
Posted by Unknown at 12:36 PM No comments: