Tim Berners-Lee, at that time a software engineer at CERN, documented what was to become the World Wide Web in late  1989. He formed this so that other scientists who participated in experiments in the CERN laboratory could communicate with each other. In the summer of 1991, the Web became a publicly available service on the Internet. However, not until 1995, did the Web grow to become a device used by the common public. Today almost 40% of the world uses the Internet. 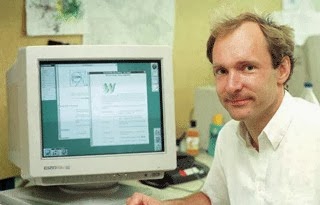