The Party Machine With Nia Pebbles

This was a short lived late night dance show in 1991 featuring Nia Pebbles as its host. The show's executive producer was Arsenio Hall and it was televised after his own program. It was one of many dance variety shows at this time, along with Club MTV and Soul Train to name a few. Now Arsenio is back, but unfortunately, Nia is not. 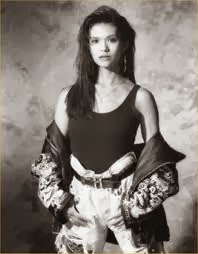