Boyz In The Hood

"Boyz In The Hood" was a drama movie released in the summer of 1991. It was John Singleton's first film and it depicted life in South Central Los Angeles at the time. Some of the stars in the movie included Ice Cube, Cuba Gooding Jr., Larry Fishbone, and Angela Bassett. Interestingly, the movie depicts police brutality right before the LA riots broke out. The movie started a run of movies such as "Menace II Society" that depicted the  harsh realities of urban life in the early and mid nineties. 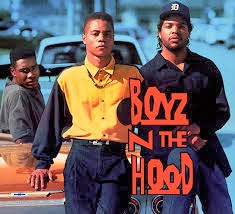